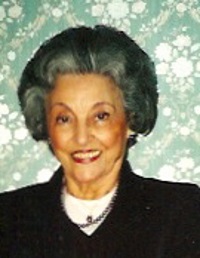 TOPSHAM - On September 21, 2015, Connie left this life quietly and peacefully, succumbing to injuries suffered in an automobile accident one week previous.

She was born in Wilmerding, PA on January 17, 1922, daughter of Antonio and Carmela Liggieri D’Alessio.  The family moved to Bowdoinham, ME in 1930, then to Brunswick in 1938.  She attended elementary school in Bowdoinham, and Brunswick High School in Brunswick.  During World War II, she worked in the South Portland shipyard, and later as a weaver in the Varney Mill in Brunswick.  She was married to Arville Miller on March 18, 1944 at St. Paul’s church in Brunswick, and after his discharge from the Navy, they made their home in Topsham, where she worked for many years for Pejepscot Paper Co. retiring as line leader in 1985.

She was a longtime active member of the United Baptist Church of Topsham, and was particularly known there for her Thanksgiving pies, and the crafts she provided for the annual Christmas Fair, especially the many crocheted Christmas tree ornaments.  She enjoyed crafting, knitting, and crocheting, and was especially proud of the crocheted wedding bedspreads made for her son and two grandsons.  Many friends and family members looked forward to her annual gifting of a plate of handmade ornate Christmas cookies.  She also enjoyed watching old movies, and no day was complete until she had finished the daily crossword puzzle.

Connie will be fondly remembered for her strongly independent nature, her impeccable appearance, and her deep Christian faith, reading the Bible daily, working to understand its messages, and applying them to her daily life.  All who knew her will miss her big smile, her joyful spirit, and her dignity and grace.

She was predeceased by her husband, Bing, and two brothers, Dominic of Brunswick, and Paul of Pomona, CA.

She is survived by her son Wayne, and his wife, Gaye, of Topsham; grandson, Jason, and his wife Gail and great granddaughter Kateri, of Natick, MA; grandson, Garrett, and his wife Chandra and two great grand children, Thatcher and Finley, of Marlborough, MA; brother, Lewis of Winthrop, ME; brother, Tony, of Buena Park, CA.; and numerous nieces and nephews.