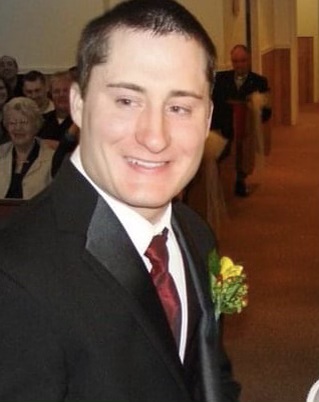 Brandon graduated from Richmond Area High School in 2006.  While in school he also attended CATC for auto-body, learning the trade he would make a career out of.  Brandon took on many roles in his life.  He was the baseball player, the outdoorsman, the car guy, the comedian, the giver, the gossip girl, the stirrer of the pot.  He was a son, a brother and a friend.  Of all of the things Brandon was in life, his most important role, the one he took most pride in, was being the head of his own family.  He was a husband and father above all else . He took such pride in providing a beautiful life for his wife and children and he did it well.  Brandon was a good man.

Brandon is survived by his loving wife, Merceydes (Griatzky) Bibber, daughter Madison and sons, Ezra and Lincoln Bibber; parents Linwood and Kimberly Bibber; Brother Randy and wife Michelle Bibber; Maternal Grandparents Ann Leonard and Jay Merry ; Paternal Grandmother Diane Bibber; In-Laws Victor Griatzy, Tom and Ellen Gammon, Scott and Elizabeth Gregoire, Gregory Griatzky and Kristina Giroux; many nieces, nephews, cousins, aunts, uncles and friends.  He will be remembered by all who knew him with love and he will be missed immensely.

Family and friends are invited to visit on Friday, February 5th from 5pm to 7pm at Kincer Funeral Home, 130 Pleasant St. in Richmond.

Condolences may be expressed at www.kincerfuneralhome.com