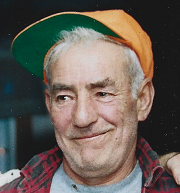 The family would like to give a heartfelt thank you to all the staff at Gosnell Hospice.