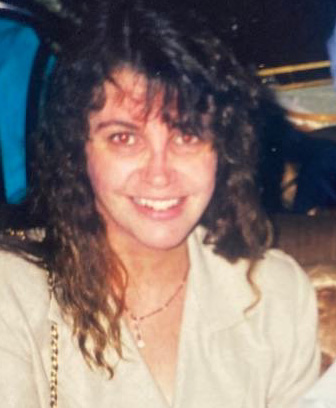 Jeanne passed away peacefully at her home surrounded by her husband and family members on March 27th 2022.

Jeanne was born in Milford Ma. and spent her elementary school years attending Assumption Catholic school. She graduated early from Bellingham  Ma.Memorial  high school. She received her bachelor’s degree from Northeastern University while working at Hewlett Packard. Having vacationed in Maine many years she had a dream of living there someday. When the opportunity arose Jeanne accepted a job offer from SCI in Augusta. She quickly demonstrated her excellent managerial and people talents and was appointed shift leader.

Years later the plant in Augusta closed and Jeanne and her husband Joseph decided to open a restaurant even though neither had any experience in the business. Maria Libra’s became a hidden gem that had many customers who would come in multiple times a week. Jeanne managed the front end and did the majority of the baking which she excelled at.

Jeanne was an incredibly kind and empathetic person who always made time to listen to friends and family members problems and offer intelligent and heartfelt advise. Although she had many health issues she never wanted to worry her family and friends so she would always focus on helping people.

Jeanne loved baking, it was in her genes as her grandfather was a great baker. She was an avid reader and skillful crossword solver. She loved walking and especially enjoyed walks in the “back forty”. Jeanne was always fun to be around as she was very intelligent and quick witted with a sharp sense of humor.

Jeanne was predeceased by her mother and father Dale and Hazzell Carey. Her best friend Patty Smith. and all the cats she loved Kitty, Flash, Crystal, Taz, Sabrina, Pele, Ali P.

Jeanne is survived by her loving husband Joseph and daughter Alissa. Her sister Barbara LaCroix,  Her two brothers Mike and his wife Jacqueline and Bret and his wife Dorie. Her sisters in law and Brothers in law Janet and Neil Allen, Carol and Johnny Boy Amato and Linda and Mark Tosches. Her many nieces and nephews including Brandon, Colin and Justin who she would take care of while their mom Barbara went to school. Melanie and Steven, David and Jessica. Rebecca, Sarah and Dan, Eric and Devon, Melissa and Jean. And last but hardly least the cat Blutie Boy/Stretch who Jeanne loved.

An informal memorial gravesite service will be held on June 4th 2022 at 2:00 at the Bayview Cemetery on route 24 in Bowdoinham followed by a small gathering at 534 Ridge Road in Bowdoinham.