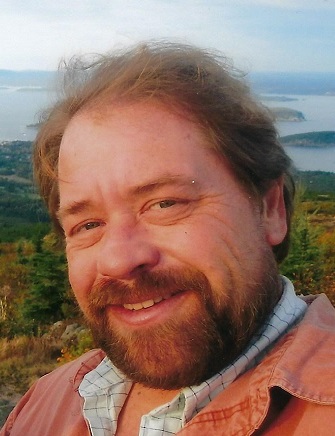 Troy S. Taylor, of Richmond, passed away at his home with family by his side on May 30th, 2022, having fought a courageous battle against cancer, which he did with strength, grace, and humor. He was 56.
Troy was born in Frankfurt, Germany to  Terry and Janice (Sherwood) Taylor Sr., before moving as an infant to Brunswick,  Maine, where he grew up. After high school, Troy graduated from the University of Maine at Orono and went on to earn a Master of Science at Auburn University in Auburn, Alabama. In his time at Auburn,  Troy became a passionate and lifelong fan of Auburn football (WAR EAGLE!) Troy then lived several years in Illinois
before moving back home to Maine when he reconnected with a high school friend who would later become his wife.
As a boy, Troy and his father would often go fishing at Mackerel Cove on Bailey Island. These fishing trips fostered a lifelong love of the water, which brought him peace and calm. After moving back to Maine, Troy shared his love of nature and the ocean with his wife Melanie, exploring the state's varied parks and nature preserves as often as they could. At heart though, Troy was a homebody who loved nothing more than working in the yard, barbecuing, and relaxing on the porch with Melanie and their dog
Mollie.
When we think of Troy- aka- T-Roy and Troy-Boy, we think of a down to earth man whose warmth and loyalty knew no bounds. And you can't help but think of his wicked sense of humor and the one-liners that came out of nowhere and made us laugh until we cried. We think of his magnetic personality and the joy he brought to those of us who were lucky enough to know him.
Troy is survived by his wife Melanie, stepdaughters Amanda Perkins and Kaylee Bryan, mother Janice (Sherwood) Taylor, brother Terry Taylor Jr., and brother Todd Taylor and his wife Pauline.
Troy was predeceased in death by his father Terry Taylor Sr. and his
stepson Cory Bryan.
A heartfelt thank you to all the caring medical staff who tended to Troy
during his illness and to the hospice personnel who provided end of life
care.
In lieu of flowers donations may be made to Maine General Hospice @
give.mainegeneral.org/hospice or to the Midcoast Humane Society by phone @
(207)449-1366 × 102 or by mail @
5 Industrial Parkway, Brunswick, Maine 04011.
A Celebration of Life will be held at the Bailey Island Library Hall at
2167 Harpswell Island Road on Bailey Island on Monday August 1st at 2pm.
Light refreshments to follow.