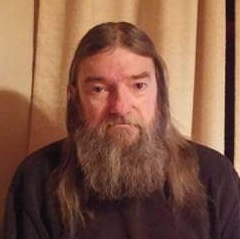 He was born on August 7, 1953 in Gardiner the son of Victor and Elizabeth Greenleaf.  After graduation Butch went on to service his country in the United States Army from 1971 to 1975.

Butch worked at Bath Iron Works for over 45 years as a machinist, retiring in 2020.  He enjoyed fishing, watching the birds and gardening. Butch was just an outdoors person.  One of his passions was weaving  baskets.  He wove his lunch box which he used at BIW for over 20 years.  This lunch box was later used in Sharon Lockhart's exhibit called "Lunch Break" displayed at Colby College Museum of Art in 2010.

Family and friends are invited to visit on Monday, September 19th from 10:30 to 11:30am at Kincer Funeral Home 130 Pleasant St. Richmond, with a service to follow.  Burial will take place in the Maine Veterans Cemetery, Mt. Vernon Rd., Augusta.