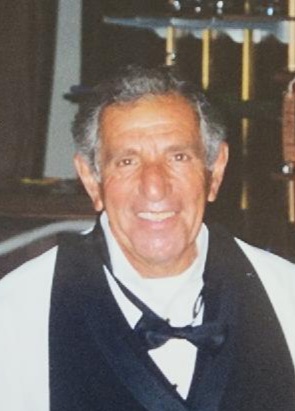 Auburn, ME - George C. Lazaros, 85, formerly of Holden, Massachusetts, passed away peacefully on November 29, 2022 at the Hospice House in Auburn, ME.

George was born on Oct. 9,1937 in Worcester, MA the son of Greek immigrants Charles and Effie Lazaros (Litsas).

George was predeceased by his loving wife and mother to his children Joan A. Lazaros.  He is survived by his children, Steven Lazaros of Oquossoc, ME, Karen Johnson of Canyon Lake, CA, Kevin Lazaros and daughter In-law Nicki Lazaros of Rutland, MA, and his 5 Grandchildren Kaitlyn, Laine, Sydney, Teagan and Abi, whom he adored endlessly.

George proudly served his country in the National Guard where he was medaled for his sharpshooting skills. He was a longtime member of the Moose Lodge and always sought out a new location during his extensive travels

George loved spending his years on Cape Cod where he enjoyed the bounties of the Race Point National Seashore which often included fishing, digging clams or lobstering. When he wasn’t busy with his friends you would typically find him sitting in his beach chair all day enjoying his favorite beverage, soaking up the sun with his companion Jerri Mitchener. When he wasn’t on the beach he’d often be relaxing with the “courtyard” crew in Truro, MA, where he was most affectionally referred to as the Mayor, or possibly at Georges Pizza in Provincetown people watching or taking in the annual P-Town parade.

A graveside service will be held at Worcester County Memorial Park Paxton, MA., at 12 Noon on Monday, December 19, 2022.  A celebration of life will follow.

In Lieu of Flowers, donations can be made to the Truro Public Library, Truro, MA, in memory of George and Joan Lazaros.