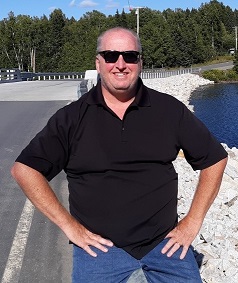 Mark A Pearson 54 of Richmond, Maine passed away suddenly on Monday the 12th of December 2022. Mark will always be remembered as a kind-hearted Christian man who loved God, a devout, loving father, a beloved, compassionate husband, a caring brother, a fun, kind  uncle Bumpa, and loyal friend.

Mark held a bachelor's degree in business and was employed at BIW/GD for over 36 years. The last 17 of those years as a supervisor then coordinator. Mark followed in his father's and older brother, Tim's footsteps of working at BIW for many years.

Mark served on the town of Richmond's Budget Committee, served on the Richmond/RSU 2 School Board, and was a dedicated member of the Republican Party Committee. Mark volunteered at the Chocolate Church Art Center, was a volunteer coach for his kid's sports teams, and was quick to volunteer and support his town and the church whenever needed.

Mark enjoyed going to the movies, attending our kid's games and the BB playoffs every February at the civic center. Every year He looked forward to his annual fishing and hunting trips at North Camps in Rangeley. He went with his brothers and friends for over 27 years.

Mark also enjoyed going way up to northern Maine to go moose hunting with his brother Tim and their buddies. They were often successful in getting a moose!

Mark was a very involved father who was always there to support his children with all their sports activities, school functions, hobbies, and fun adventures.

No matter how busy he was, his family was always his first priority. He also had a tight bond and an amazing connection with his identical twin brother; John. They have been each other's best friend and confidant from the womb. Mark is sorely missed by his wife, his children, family, and friends.

A celebration of Mark's life will be held this Saturday December 17th at 1:00PM at the Open Door Bible Baptist Church, located at 26 Gartley Street in Lisbon, Maine. All are welcome to join us in remembering and honoring Mark A Pearson's life.  The memorial will be live streamed on Facebook and YouTube.