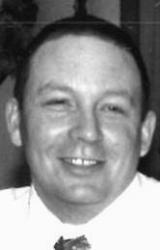 RICHMOND — Brian M. Carter died unexpectedly at home on Tuesday, March 8, 2016. He was born May 27, 1959 in Boothbay Harbor, Maine. He was the son of Robert D. Carter and Carolyn F. (Rice) Brewer. He attended school in New York and graduated from Central Maine Community College, with an Associate in Applied Science.

He volunteered in his community serving on policing committees, youth basketball and Cub Scouts. His love of flying included becoming Commanding Officer of The Augusta Wing Civil Air Patrol.

He enjoyed life his way. He became an avid photographer, conservationist, musician, outdoorsman, including hiking, fishing. His hobbies included history, meteorology and gardening.

Over his lifetime, he worked for Pejepscot Paper Mill for twelve years. He was then employed by Frederick Haer Corporation, FHC, as a Master Machinist, which provides customizable and pioneering solutions for neuroscientists and neurosurgeons worldwide, in Bowdoin for 23 years, up until his death.

He was predeceased by his parents, and his brother, Daniel R. Carter. He is survived by his best friend and wife of 39 years, Katherine; his brother Arthur A. Carter of Boothbay Harbor; his uncle and aunt Robert and June Rice of Boothbay; two wonderful children, a daughter Michelle Carter Byras and her husband, Wayne of Scarborough; a son Matthew B. Carter and his girlfriend, Emily Bradley of Boothbay; three beautiful grandchildren, a granddaughter Sayra Byras, two grandson, Trevon Byras and Gage Carter and many nieces and nephews.

In lieu of flowers, donations in Brian’s name can be made to: The Maine Conservation Trails.