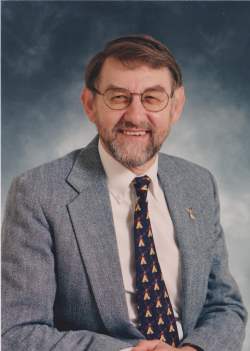 Richmond-James Ernest Schillinger passed away on April 28, 2016. He was born June 19, 1941 to Ernest James and Frieda Winschuh Schillinger in Paterson, New Jersey. Jim endured his lengthy illness, Corticobasal Degeneration, with grace, dignity and humor and passed away at home amid his family, friends, and beloved dogs.

He attended Memorial School in Totowa, New Jersey, graduating in 1955. He attended Passaic Valley Regional High School in Little Falls, New Jersey, graduating in 1959. Jim attended Nasson College in Springvale, Maine in 1959-60 where he met his future wife. He and Faith Emma Philbrick of Mexico, Maine married in 1963 at St. John’s Church in Bangor. Jim continued his education at Husson College in Bangor, Maine working at the ESSO station, for the local drugstore delivering prescriptions, and as a bus driver for John Bapst High School until graduating in 1964. While in college, Jim served in the Air National Guard for three years, attending basic training at Lackland Air Force Base in San Antonio, Texas.

After graduation from Husson, Faith and Jim moved to Hardwick, Vermont where Jim taught business classes at Hardwick Academy and coached the girls’ basketball team. In 1965, Jim became Assistant Principal at Hardwick Academy. Jim trained for personnel management at Fort Devon, Massachusetts and worked for the Army and Air Force Exchange Service at Selfridge Air Force Base in Mt. Clemens, Michigan and Fort Jackson in Columbia, South Carolina. In 1970, Jim accepted a job at the U. S. Army Corps of Engineers Cold Regions Research & Engineering Laboratory (CRREL) in Hanover, New Hampshire as a job specification analyst, settling his family in Thetford, Vermont. In 1974 Jim resigned from CRREL to become personnel officer for the Augusta District of the IRS and the family moved to Richmond, Maine. In 1979, Jim accepted a position as area manager for the U.S. Civil Service Commission. In 1980 Jim became a personnel specialist at the Togus VA Hospital where he retired as Chief of Human Resources in 2002.

Jim was a dedicated parishioner of St. Ambrose Catholic church in Richmond, Maine, where he faithfully served in numerous capacities including CCD teacher, Eucharistic minister, and Parish Council member. He was actively involved in the Cursillo Movement for many years. He belonged to the Richmond Lions Club, NARFE, MISHRA, and volunteered as an AARP Tax Aide. He found joy, peace and comfort in helping people.

One of his beliefs was to make the most of every day. He was an avid runner, bicycler, hiker, skier, and swimmer and a competitive ping pong player. Camping, traveling, canoeing and road trips with his family were some of the joys of his life. He loved meeting new people and was devoted to his wife, children, extended family and friends.

Jim was predeceased by son Andrew James Schillinger and brother George E. Schillinger. He is survived by Faith P. Schillinger, his beloved wife of 52 years; daughter Janet S. Bolduc and husband Daniel of Richmond, ME; daughter Catherine G. Schillinger and husband Kevin G. Hickey of Sanbornville, NH; sister Janet S. Locke of Peabody, MA and many dearly loved nieces, nephews, extended family and friends. Jim’s family would especially like to thank the staff and volunteers of CHANS Hospice whose unfailingly cheerful and dedicated care made it possible for Jim to be at home throughout his illness.

Relatives and friends may visit during a celebration of life on Friday, May 13th from 6pm-8pm at the Saint Ambrose Parish Hall in Richmond, ME. A Mass of Christian burial will take place at 11:30am on Saturday, May 14 at St Ambrose Catholic Church in Richmond, ME followed by a gathering at the parish hall. A committal of ashes service is planned this summer at the Pleasant Hill Cemetery in Thetford, VT.

Arrangements are under the care of Kincer Funeral Home 130 Pleasant St. Richmond, Me 04357