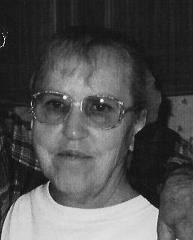 She was born on October 1, 1941, the daughter of Laure and Alphonse Vigue of Augusta

She enjoyed playing beano and spending time with family.

Lorette worked in the nursing field, at White Cloud Laundry in Augusta, and finally at home taking care of her family.

She was predeceased by her parents, two sisters and three brothers.  Lisa Ann Bellavance, her daughter, passed away several days after her birth on April 19, 1967.

William Bellavance of Gardiner; step daughter, Wendy and husband John of Belmont; grandchildren, Samantha Bellavance of Saco, Crystal McKenna of Farmingdale, Dylan and Dakota Bellavance, both of Sebago; brother in law, Tony Bellavance of Belgrade; sister in laws, Laurette Bellavance of Augusta, and Rose and John Magee Sr. of Pittston. Also survived by several great grandchildren and many nephews and nieces.

There will be no service or visiting hours.

A graveside service will take place on Tuesday, December 6th at 11am at the old St. Augustine Cemetery, Augusta.